Softonic’s App of the Week highlights some of the coolest, most unique, and popular apps that have been released for Android, iOS, Windows, and Mac. This week, our patience finally has been rewarded as the hugely anticipated Grand Theft Auto V arrives on PC.

It has been a long journey. A wait of two years followed Rockstar’s first announcement of the game before its PS3 and Xbox 360 launch in 2013, and then another 20 months had to pass before its final PC incarnation. 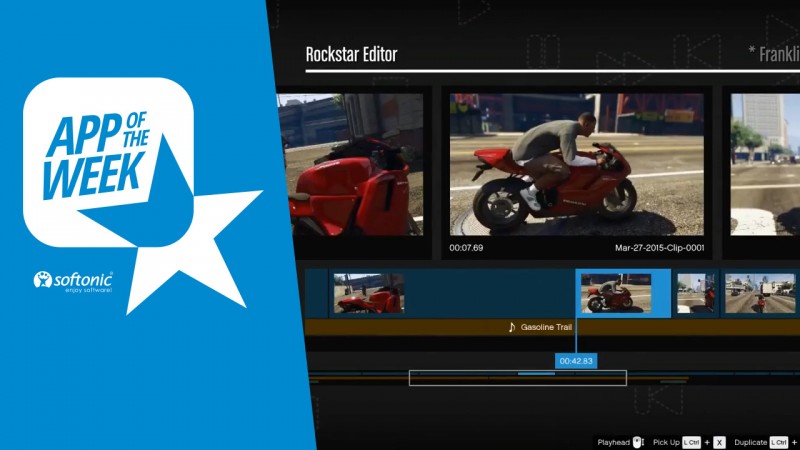 The bottom line is that most people interested in GTA V will already have played it, so what does the PC version add to this open-world, crime-fiction epic? Well, quite a lot it turns out.

Visual improvements are a given of course, with the high resolution graphics seen in the PS4 and Xbox One versions, further improved upon, allowing resolutions up to a staggering 4K running at 60fps (providing you have the PC to run it). Other carry overs from the recent console release include the first-person camera view and improved online options, such as the fantastic Heist mode that lets you pull off dramatic bank jobs with your friends.

There are features completely unique to the PC version too. The most important of these is the Rockstar Editor, which lets you create your own movies from the in-game action. With the ability to edit all of the footage recorded around your character, change camera angles, depth of field, focus, and the type of camera you use – this tool lets you create beautiful videos to upload and share. There is also a Director mode that enables you to manipulate your character and environment to ensure you have complete creative freedom.

This version of GTA V also includes two new radio stations, FM Lab and Radio Self – the latter of which lets you add your own mp3 so you can listen to your favorite music as you cruise the city of Los Santos.

Finally we have the definitive version of GTA V, letting you relive this fantastic game again in the best way possible – download it for PC now.

App of the Week: Battlefield Hardline