Rockstar released the official Grand Theft Auto V cover art a couple of weeks ago and now the company has sent out more detailed artwork called “Cash and Carry.” According to the press release from Rockstar, the two new images show two of the three main characters, Michael and Franklin, “getting things done” in various vehicles.

Franklin is depicted on a dirt bike, riding through the Los Santos equivalent of the Los Angeles River Basin. 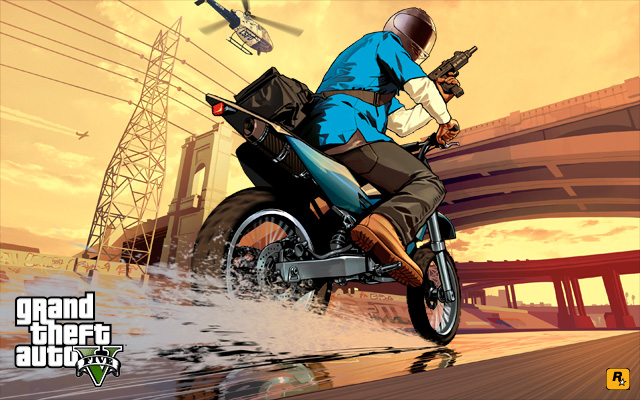 Michael, on the other hand, is shown riding on a jet ski, hilariously named, “Speedophile.” The background shows a Ferris wheel on a boardwalk. 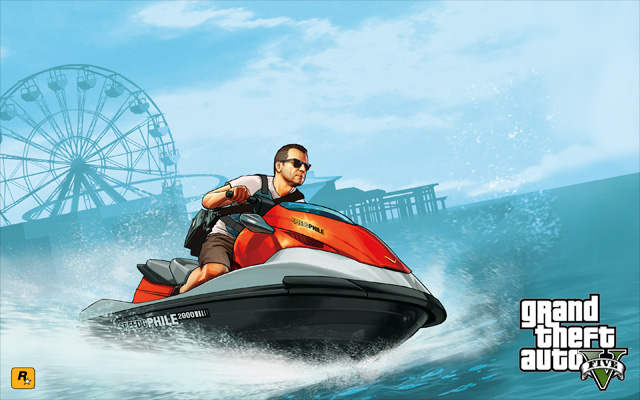 The new artwork shows GTA V‘s emphasis on vehicular driving and combat. Rockstar has shown off other vehicles available in the game including the classic BMX bike, sports cars, and a jet fighter.

Be sure to check out all of our other GTA V coverage here.